Hurricane Season Ramps Up with Consequences for Business Leaders

The United States is in for another record-breaking hurricane season — with stronger storms blowing in even earlier than usual.

The first named storm of the season, Tropical Storm Ana, occurred May 22 off the coast of Bermuda. This marks the seventh straight year that a named storm formed in the Atlantic Basin before the traditional start of the season.

Hurricane Elsa formed just a few weeks ago, becoming the first hurricane of the 2021 season, which outpaced 2020’s first by a total of three weeks. And this season is not slowing down. So what does that mean for your business operations? 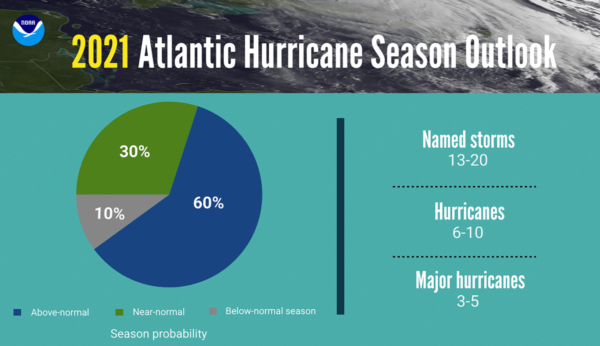 What Causes So Many Hurricanes?

Hurricanes, like most weather phenomena, go through cycles. Since 1995, sea surface temperature patterns have risen in the Atlantic (what scientists call the Atlantic Multi-Decadal Oscillation, or AMO.) And as ocean temperatures rise over time due to climate change, they become fuel for developing tropical systems.

The second cyclical pattern to take into account is the El Nino-Southern Oscillation (ENSO), which relates to rising ocean temperatures in the equatorial Pacific ocean. For 2021, ENSO appears to be in a “neutral” phase, which is more favorable for tropical storms.

What a More Active Hurricane Season Means for Your Business

As hurricanes become stronger and more frequent, it’s more important than ever to build a strong emergency preparedness plan. An above-active hurricane season doesn’t necessarily mean a higher number of storms that make landfall — but it can disrupt operations by:

The best preparation for upcoming major storms is creating an emergency plan and investing in tools and infrastructure to make sure you can operate safely and securely — even if the weather has other plans.

That’s where weather intelligence comes in.

Weather intelligence is much more than a forecast — it’s the forecast put in context for your business. It provides actionable insights into the weather today, tomorrow, and in the coming weeks. And when the storm hits? Tomorrow.io gives you real-time insights and predictive analytics to stay ahead of anything Mother Nature might throw at you.

Stay with Tomorrow.io for continuous updates on the 2021 Hurricane Season. Follow us on Twitter for updates to your feed. 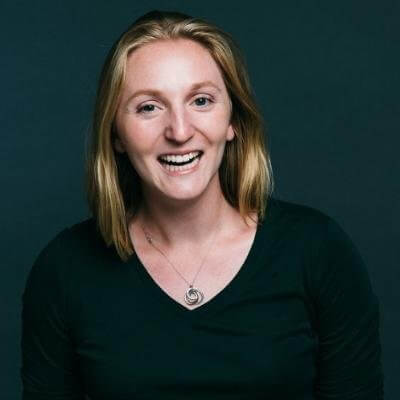 Always in search of adventure, Kayla hails from Hopkinton, MA, the start of the Boston Marathon. You can find her at the summit of a mountain or digging in to a big bowl of pasta. Like what she has to say? Say hello on her website: http://www.kaylalewkowicz.com.

Always in search of adventure, Kayla hails from Hopkinton, MA, the start of the Boston Marathon. You can find her at the summit of a mountain or digging in to a big bowl of pasta. Like what she has to say? Say hello on her website: http://www.kaylalewkowicz.com.