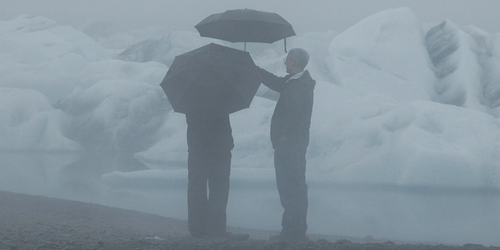 For as long as humans have gazed up at the heavens, we’ve been at the mercy of the skies. The last century has been filled with well-funded, at times creepy research with a proactive approach. Here are five types of projects that have sought to modify, control, and even weaponize the forces of nature.

As early as the year 1916, the experimental arm of the British Royal Flying Corps worked on producing artificial clouds at a
classified research and testing facility. The Guardian reported the goal was to “bamboozle German flying machines during the first world war.”

In 1977, 34 countries signed the United Nations Convention on the Prohibition of Military or Any Other Hostile Use of
Environmental Modification Techniques.

According the to U.S. Department of State, U.S. President Nixon and U.S.S.R. General Secretary Brezhnev held official talks on overcoming “the dangers of the use of environmental modification techniques for military purposes.” Yet a 1996 US Air Force report spoke of offensive abilities that “could…create virtual weather in the enemy’s sensory and information systems, making it more likely for them to make decisions producing results of our choosing rather than theirs.”

Any successful weather weaponization attempts have not been widely reported, but it doesn’t take much imagination to see the defensive or offensive appeal of global weather control.

At least 56 countries actively use a technique called cloud seeding to control precipitation, according to the World Meteorological Organization. That can mean increasing or decreasing the amount of rain or snow, preventing hail, or dissipating fog.

3. The Weather’s Influence on Human Violence

A 2013 study of 60
studies compared levels of violence to hot temperatures, and was partially government funded. The findings
said that higher temperatures and extreme rainfall led to large increases in conflict between groups and between
individuals. This begs the question: if you can control the weather, can you control levels of human violence?

Starfish, Argus, and Teak might sound like fancy paint chip
colors, but they were code names for out-of-this-world nuclear tests in the late 1950’s. A study published
in Space Science Reviews reviews
human-caused space weather. The White House released a National Space Weather Strategy that covers
anthropogenic space weather such as electromagnetic pulses as well as solar storms.

The project succeeded in creating “a sustained high density plasma cloud in
Earth’s upper atmosphere” meant for use as a “mirror” and not the “fairest
of them all” kind.

HAARP was the subject of multiple conspiracy theories, possibly fed by the involvement of the U.S. Air Force,
the U.S. Navy, the University of Alaska Fairbanks, and the Defense Advanced Research Projects Agency (DARPA).

Where We Go from Here:

No matter the true motivation for them, environmental
modification and geo-engineering are receiving more funding and seem to be here to stay.

In the coming decade, any weather forecaster worth their
salt should be prepared to predict the weather in real-time and in increasingly short-term
increments — come snow, sleet, or artificial hail. Tomorrow.io certainly
will be.

Published
July 17th, 2017 by: Sophia Tupolev-Luz,
Chief of Staff | Tomorrow.io
Any views expressed or implied in this blog post are the sole opinion of the author, not Tomorrow.io
Inc.