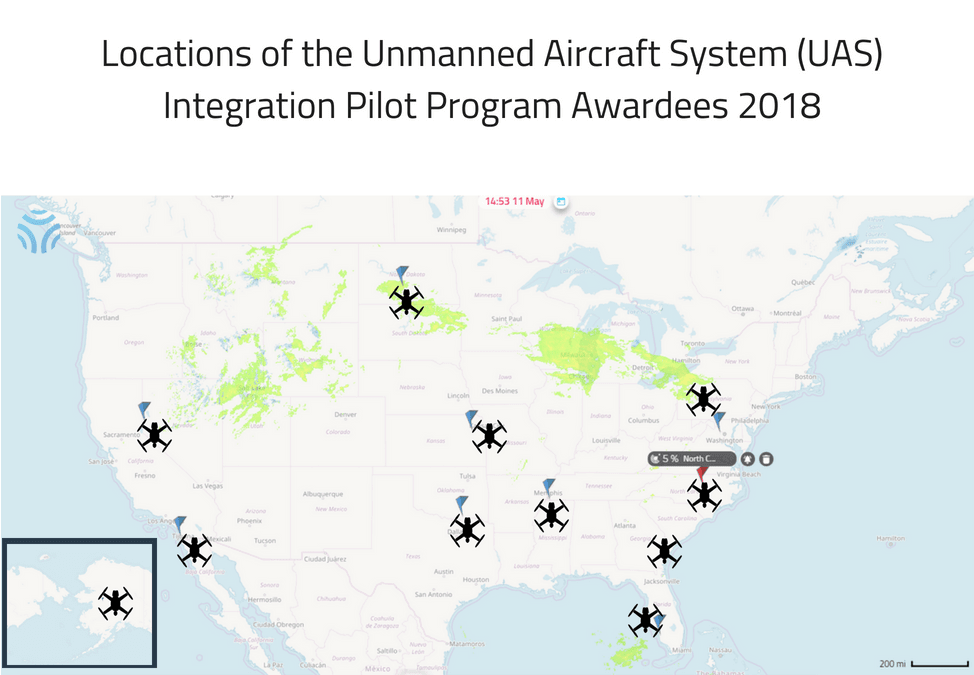 This week, the FAA announced ten locations across the United States that will launch drone test flights in a public-private partnership program. The Unmanned Aircraft System Integration Pilot Program will look for ways to regulate “more complex low-altitude operations,” to make drones safer while laying the foundation for this emerging technology to make a major economic impact.

What’s complex about low altitudes is the severe lack of weather information at 0-1000 meters. In fact, this is the central complicating factor for all drone missions.

No matter where they fly, UAVs have limited access to weather information related to visibility and winds, not to mention precipitation. This can lead to drones that are blown off-course, crash because of heavy rain, or are even struck by lightning. And depending on the sophistication of the drone, it could have a huge cost to you as the operator.

Whether you’re flying drones for fun or using them to inspect vital operations for your business, drones simply must take the weather into consideration.

We know, of course, that weather can have a massive impact on flights — whether it’s an airplane, a helicopter, or a drone. But different inclement weather can impact drones in different ways than you might expect, including:

If you’re planning to fly a drone anywhere, you need to be aware of how these different weather events can impact your drone. You may have to re-route the drone, delay takeoff, or even postpone a flight entirely in the worst weather.

Since the ten IPP sites are distributed across the nation from Alaska to Ft. Myers, the UAS being tested in each location will go up against their own microclimates. These sites are flagged below on the HyperCast dashboard — each microclimate comes with its own typical weather risks.

The IPP UAVs in the Midwest and the Southeast (NC through FL) will have to work around severe thunderstorms, heavy rainfall, and hail. In places like Alaska and the northern Sierra Nevada area, it’s no surprise that snowfall will affect missions. Meanwhile, flights in the Northern Midwest will face blowing/drifting snow in winter. Since moisture can cause electrical failure in drones, operators using traditional weather forecasts will likely cancel missions because it’s too risky to send a drone out without knowing when precipitation will start and stop.

Further down the west coast, the Santa Ana winds in the south plus wildfire smoke in the summers will likely cause visibility issues. Wind is a well known hazard because drones expend more electrical power while they fly into headwinds and can overheat – shortening their lifespan. Since many operators fly their drone within visual line-of-sight, visibility is of major importance.

The IPP will lay the foundation for mainstream acceptance of drones in everything from on-demand delivery to emergency management. The trouble for drones is that traditional weather data, delivered in hour-long increments at high altitudes, makes the forecast irrelevant for their short, low flights.

Does this mean every sprinkle of rain will prevent on-demand delivery services from dropping off your pizza? Will emergency services be unable to provide life-saving equipment if there is a hint of bad weather? As long as UAS rely on traditional weather forecasts, they will be stuck making binary “go/no go” decisions, and will miss out on opportunities to fly around inclement weather.

The faster the UAS industry works to adopt advanced tools such as Tomorrow.io, the more reliable drones will become as vehicles that directly affect affect economic interests and public safety.