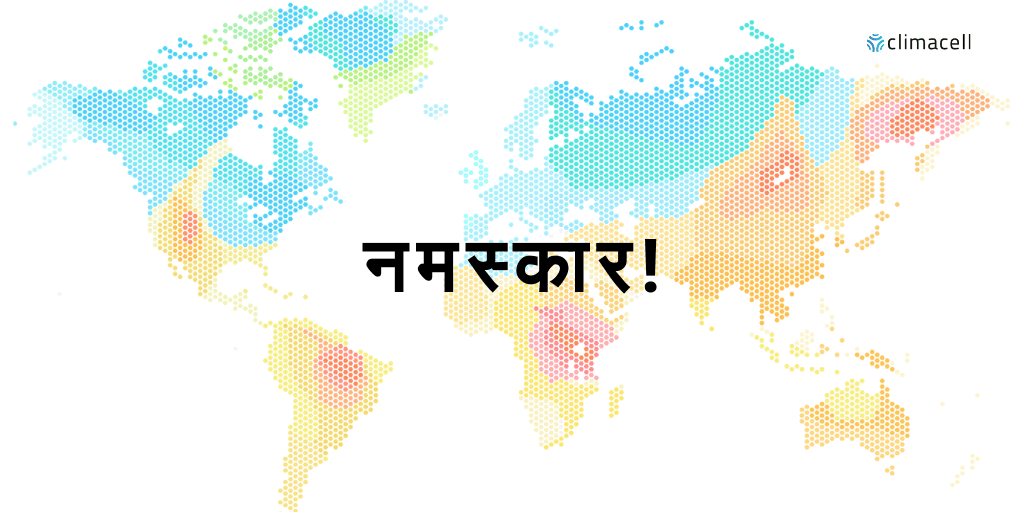 When we started Tomorrow.io back in 2015, we looked at a major problem for humankind: a lack of weather data in developing countries. Flooding is the deadliest weather risk on earth, killing more people than any other natural disaster annually. And it is a massive problem in India.

When we pitched this idea, the responses we got were: “Why?!” and, “ Where is the money? What is the size of the market?” But the most common one was: “What makes you think you can get this kind of wireless data in India, and moreover, make this thing work at such scale?”

But we were determined to do it, and with India, prove a model for the rest of the developing world to follow.

The weather challenge for India

India, like most other developing countries — including large ones such as Brazil and Indonesia — is lagging decades behind when it comes to weather data quality and accessibility. Radars, if they exist at all, are of poor quality, and there are not enough weather stations. The weather sensors that do exist are not always well maintained, and hence they can’t serve the purpose for which they exist – which is supposed to be improving the accuracy of local weather forecasts.

We looked at this problem and saw a huge opportunity. Our approach of ‘virtual sensors,’ which is essentially about finding clever ways to repurpose existing infrastructure into weather sensors, enabled us to bring a non-traditional solution to a problem that remained unsolved for decades.

Within less than two years, we established partnerships with some of the largest companies in India, and turned their networks, comprised of millions of nodes across the country, into what are now millions of virtual weather sensors. We did it using software and proprietary algorithms, not having to deploy a single piece of hardware.

In retrospect that all sounds easy, but the complexities involved in developing this technology, clearing all sorts of hurdles, and proving to the scientific community that this thing was for real, were anything but trivial. Looking back, it’s kind of crazy that we actually thought it was going to work three years ago.

Today, we are replicating our work in India in numerous countries across the globe, including ones that suffer from even worse initial conditions. We see a clear path to closing the sensing gap globally by the end of 2020. That means getting to places in Africa and Asia that might not even have electricity or running water.

Any attempt to solve this using traditional methods like hardware deployment would have taken at least another 10 years, and cost several billion dollars to complete. Today, we are in the next stage, which is making this data useful for improving not only real-time and historical data but also our proprietary Nowcasting (short-term prediction) and days-out forecasts. More news will follow – stay tuned.

We chose this path because we believe that the privilege of access to the best technologies and funding comes with great responsibility. It’s a novel and humbling mission to be able to help millions of people who are exposed to extreme weather risks but do not have access to accurate forecasts. It is well worth our time and energy.

In an era where some corporations appear to abuse their power and sell private user data to the highest bidder, we have a completely different view about what data and how can we leverage to truly make the world a better place. We insist on finding ways to use only non-private and non-sensitive data and never sacrifice our users’ privacy and security in even the most remote way. Evidently, the largest and most heavily regulated companies around the globe have chosen to partner with us and support this mission.  Apparently, you can do both.

Follow us over the next few months as we reveal more and more exciting projects. Go Tomorrow.io, and Hello India! (and Europe, and Japan 😀).