Still Reacting to Weather? Adapt at Scale with Weather Intelligence

The Operational Guide to Weather Excellence: Utilities and Energy

Especially in the age of social media, news about weather-related outages spreads easily and utility companies face more scrutiny from consumers and investors alike whenever outages occur. And with so many people working from home in 2020, the loss of power has somehow become an even bigger issue, with customers demanding to be back online immediately.

Writing about the power outages in the aftermath of Hurricane Isaias in August 2020, the New York Times reported:

“People who lost power for more than a week this month described in interviews a level of psychological distress beyond what they had felt after prior storms. Some of this had to do with the baffling length of the outages after what seemed a simple storm.”

But it’s not just hurricanes and other storms that can impact service for utility and energy companies. Recent periods of hot weather in California led to rolling blackouts even when demand was not at its highest, impacting residents all across the state.

Not only do these weather events not play well for utilities in the court of public opinion, but it also costs companies big. In California, as the rolling blackouts continued, electricity prices soared. Prices in locations near the Tahoe area and into Nevada spiked to thousands of dollars per megawatt-hour, much more than the typical cost of less than $100.

In total, power outages cost the U.S. economy more than $150 billion each year and it’s estimated the cost of damages and lost revenues could rise by 23% to total approximately $1.7 billion by 2050.

So what can utility and energy companies do to stop the bleeding? The answer is simple: weather intelligence.

The Impact of Extreme Weather

Extreme weather events such as hurricanes and heat waves are likely to become more of a challenge in the coming years. Everything from earthquakes, geomagnetic storms, and tornadoes are expected to increase, according to Accenture’s Digitally Enabled Grid research,

While utilities and energy companies clearly understand the risks, few are very well-prepared to deal with the impacts of extreme weather.

And as more frequent and severe heat waves and other extreme weather events stress the energy system, it’s likely to increase the frequency and severity of power outages.

More than 8 million customers across 21 states lost power during Hurricane Sandy while there was damage to more than 15,000 power poles and 7,000 transformers.

It got worse for Hurricane Harvey in 2017. According to the Department of Energy, wind and catastrophic flooding knocked down or damaged more than 6,200 distribution poles and 850 transmission structures. In total, 21.4 gigawatts of generation was affected by wind damage, flooding damage, fuel supply issues, or evacuations and shutdowns. 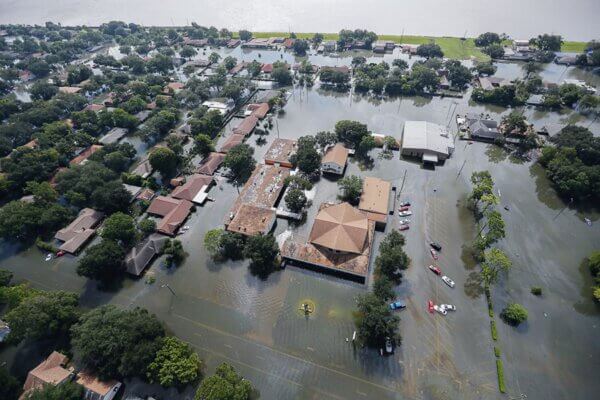 And during the incredibly active 2020 Hurricane Season, we’ve seen power outages with nearly every major storm since. And the unexpected Derecho event in Iowa knocked out power lines thanks to Hurricane-level winds and thunderstorms.

The impact of extreme weather is simply not slowing down, and energy and utility companies have to plan now how to respond quickly and efficiently to outages.

The Challenges of Everyday Weather

At the same time, while big storms get the headlines, even an everyday storm can also cause serious damage to utilities.

Slightly high wind speeds can still take down power lines and damage infrastructure. All it takes is a lack of strategic vegetation management and a downed tree limb can impact many of your customers. 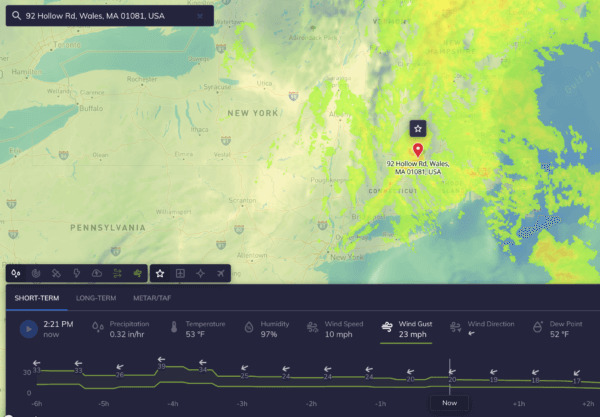 Unfortunately, this type of weather damage is a bit harder to prepare for because it doesn’t get the same headlines and attention. While utility and energy companies are always on top of a large storm moving toward their service area, standard weather may catch your team unaware.

Many utility companies still use 30-year old historical weather data averages to predict future weather patterns and project future demand and rates. According to experts, using 30-year surface temperature averages as estimates of future temperatures leads to a “cold bias”, which means predicting temperatures will be colder than those experienced.

This has an effect on the ability to accurately forecast demand: weather forecast errors can account for 40% to 90% of demand forecast error.

The London School of Economics reports that: “Particular weather patterns can give rise to large errors in the day-ahead forecast, such as prolonged heat spells, fronts, marine boundary layers, sea breezes, Santa Annas and thunderstorms.”

In one case, a large temperature forecast error led to a 7% under-forecast of electricity demand. To meet demand, the utility company had to buy on the spot, which was costly.

It works the other way as well. If you don’t have up-to-date weather data, it’s easy to over forecast demand and commit to generation, only for temperatures to rise and demand to drop. Although over forecasting is less costly than under forecasting as you don’t risk system instability or a lack of reliability, it’s still something that could be mitigated with more insight into both historical and day-to-day weather patterns.

It’s impossible to predict exactly how a weather event will affect utility companies, but there are better ways to prepare, both assessing the likelihood of these events happening and recurring, and deciding on the best course of action to take to mitigate damage. With the cost and complexity of utilities’ operations, it’s crucial to turn weather forecasts into actionable intelligence around how a company’s operations might be affected by different weather events.

Making the right decisions at the right time is critical for utility companies when it comes to improving operational efficiency, reducing costs, and minimizing safety risks. But using a single weather forecast isn’t enough.

“Let’s say, for instance, a company wants to plan a routine operation or maintenance activity. With just a single [weather] prediction, they could be fairly confident the calm conditions they need to successfully carry out the work are coming up in three days’ time. However, by properly using the full extent of the available uncertainty information, they would also not only have an early awareness of suitable conditions at a longer lead team, but also an indication as to if this is likely to be the only workable weather window over the coming weeks ahead. This additional context is vital for planning. It means the company’s asset manager can book equipment and coordinate staff with much greater confidence, as well as prioritizing any activities accordingly.”

Making better operational decisions earlier is key to ensuring the safety of employees and to reducing asset damage.

Positioning crews in advance to better respond to weather events ensures they can be dispatched quickly to reduce outage time, and minimize the time it takes to restore power. But utility companies want to avoid putting workers in hazardous situations, whether that’s in terms of vegetation management, or when working in areas with poor air quality due to wildfires.

Knowing the expected conditions allows for managers to better prepare and equip teams to keep them safe from unnecessary harm.

Predictive intelligence can also keep the cost of hiring equipment down by proactively identifying areas where infrastructure is weakest and most prone to damage by extreme weather. Using historical storm data, you can identify the best weather window for maintenance work in advance, and to make your business more resilient.

The Power of Weather Intelligence

By using a predictive weather intelligence insights dashboard, you can get the necessary data on a hyperlocal level on a 24/7 basis to allow you to move beyond single weather forecasts.

Instead, you get the context and business insight that enables you to shift your attention to optimizing operational plans and understanding how upcoming weather will impact demand in real-time. For example:

Understanding this data is key to preparing for everyday weather events that can still cause challenges for your team and cause service disruptions. With this data in mind, you can be more proactive and adapt to incoming weather conditions using an insights dashboard like the one below, which alerts you when the weather exceeds your safety parameters.

Using weather to strategize operational plans in advance can have a significant impact and allow you to:

IndiGrid, one of the largest electric utility companies in India, was able to focus and prepare in advance for cyclone impact by using Tomorrow.io’s predictive weather intelligence engine to avoid major disruption, damages, and ensure customers had power during a massive and destructive storm.

Learn how Tomorrow.io can help you optimize energy and utility operations. 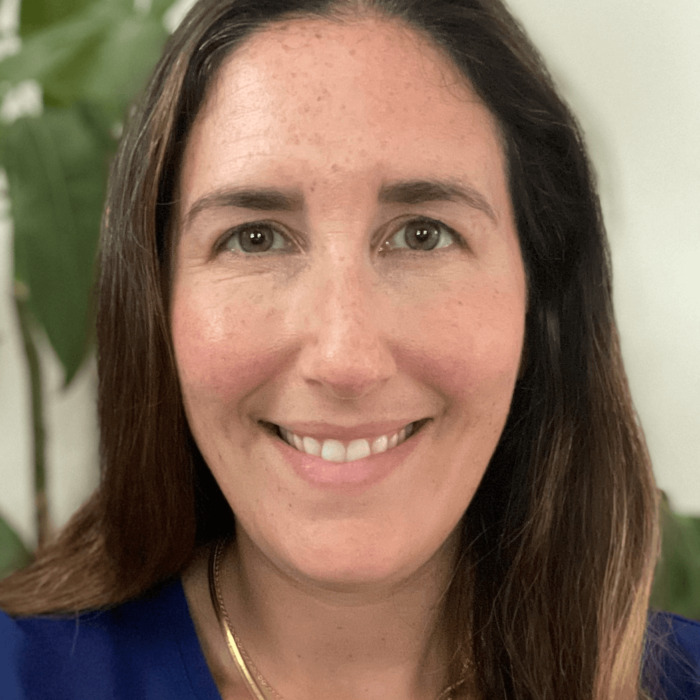 Mitigating the Impact of Severe Weather for Solar Operations