How The $10 Billion Suez Catastrophe Could Have Been Avoided

The whole world has been watching in fascination as a massive cargo ship became stuck sideways in the Suez Canal, putting a halt on global trade through one of the world’s busiest routes for nearly six days.

Teams in Egypt have been working around the clock, trying to excavate the Ever Given from its horizontally wedged position in the canal. But how did it get stuck in the first place?

Surprisingly, it has everything to do with the weather.

The graph below plots wind gusts on the day of the Suez Canal catastrophe. Note the red circle, as it’s exactly when the Ever Given ran aground. 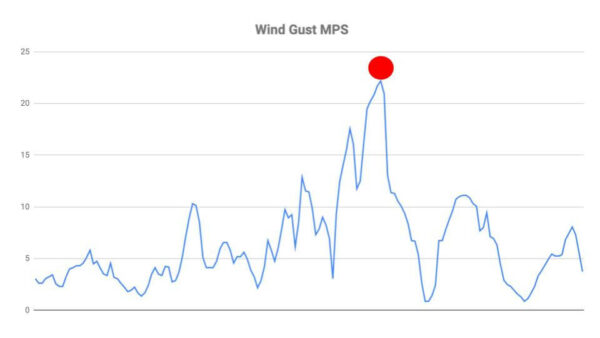 The High Cost of Unusual Weather

We’ve all read the headlines by now, detailing the massive impact of this one ship running aground in the Suez. Every headline focused on the insanely large numbers:

As we look back on the story of how things unfolded, we’re left asking the question: could this have been avoided? The answer is yes.

Our Weather Intelligence Platform was featured in both Bloomberg and Fortune this week, showing clear data that our software saw this incident coming and that it could have been avoided…but we’ll get to that in a bit.

What Happened on March 22 in the Suez Canal?

The below map shows the exact location of the Ever Given on the day of the incident.

Winds picked up between 7 AM and 11 AM (local time) on the morning of the incident, particularly towards the Southern port around Suez. Visualizing that strong/gusty winds played a treacherous role in the Ever Given grounding itself on the banks of the canal – it all could have been seen in advance.

For teams across the supply chain operating with a Weather Intelligence Platform™, here’s an example of what they would have seen in the days and hours leading up to the Suez Canal catastrophe.

First, a hyperlocal look at more than 30+ weather parameters. In this case, wind speed, gusts, and direction.

Second, a trend analysis showing the data behind the visualization.

Third and most importantly, an Insights Dashboard telling teams exactly when they would be at risk and providing specific recommendations on what to do. 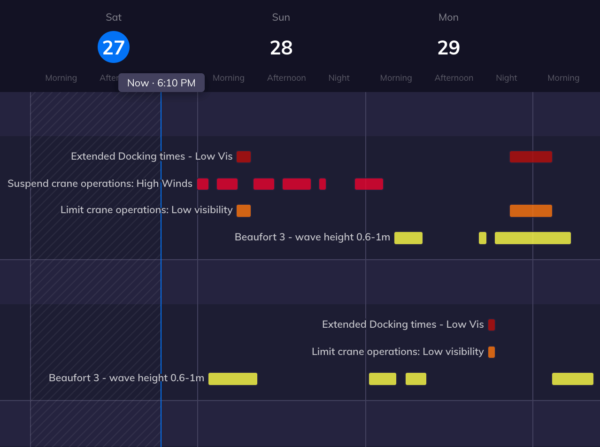 Using an Insights Dashboard, the team would get instant alerts of the incoming wind, with plenty of time to make operational changes and avoid the disaster. But let’s go deeper by going back in time to understand what made this event even more difficult to foresee and predict.

Looking Back at a 20-year Analysis of the Suez Canal

As you can see in the below graphs, the wind speeds for this incident are slightly unusual. 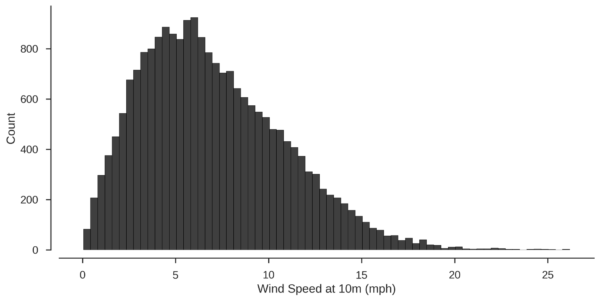 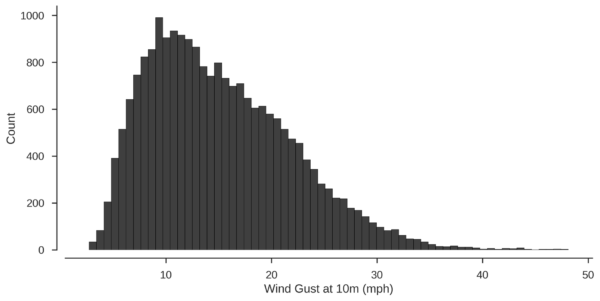 The biggest takeaways from this data are:

In short, wind gust and speed is generally low in this part of the world, which makes the weather conditions around the time of the Ever Given grounding that much more unexpected. The ONLY way to have seen this weather impact coming in advance would have been through the use of a Weather Intelligence Platform™.

Climate is the New Cybersecurity (But 10x Bigger)

You’ve heard us talk recently about how climate is the new cybersecurity for the C-suite, and the Suez Canal story is the perfect example. Executives without a climate resiliency strategy will continue to find themselves at the mercy of unexpected weather on a weekly and daily basis, continuing to put their entire business at risk.

The damages of the Suez Canal event include massive financial losses, revised growth forecasts, and also the careers of global executives.

And you might be next. It’s just a matter of time. It could be tomorrow, next week, or next month. Don’t wait for another “Suez Canal catastrophe” to happen to you.

Stop running your business at unnecessary levels of risk without knowing what will happen tomorrow. Implement a climate resiliency strategy today with our Weather Intelligence Platform™ to ensure the stability of your day-to-day operations across every aspect of your team and company. These climate events will continue to happen each week around the world, including unexpected weather and air quality hazards..

Get ahead of climate now, before it’s too late.